Vegan sausage cabbage bake. Sometimes a recipe catches your eye and you simply won't rest until you've cooked it. And then you know why. It was the best dagnammit thing you ever did taste.

Stuffed cabbage in the Troo style from Tamasin Day-Lewis’s Good-Tempered Food, (but is in fact a Jane Grigson recipe) was such an auspicious dish. It is layers of blanched savoy cabbage and good quality sausage meat, seasoned and dotted with butter, baked in a moderate oven for two hours. Less a vegan sausage casserole and more of a bake, this nonetheless produces a delicious "jus" which is perfect poured over the top.

I veganised this family favourite by using vegan sausages (my favourite are those made by Linda McCartney) and, of course, vegan butter!

I added my own Irish touch to this by putting a couple of layers of sliced potatoes on the top which crisped up around the edges.

It is a sensational tasting dish for such simple ingredients and it takes no time at all to prepare. I serve it with some fresh boiled carrots and some simple green beans. If you omit the sliced potatoes, it is delicious with mashed potato too, with the vegan sausagy-cabbagy cooking liquor that has congregated at the bottom of the dish poured over the top.

This is also a great way to persuade cabbage hating children (or adults!) to rethink their ideas about this under loved brassica! 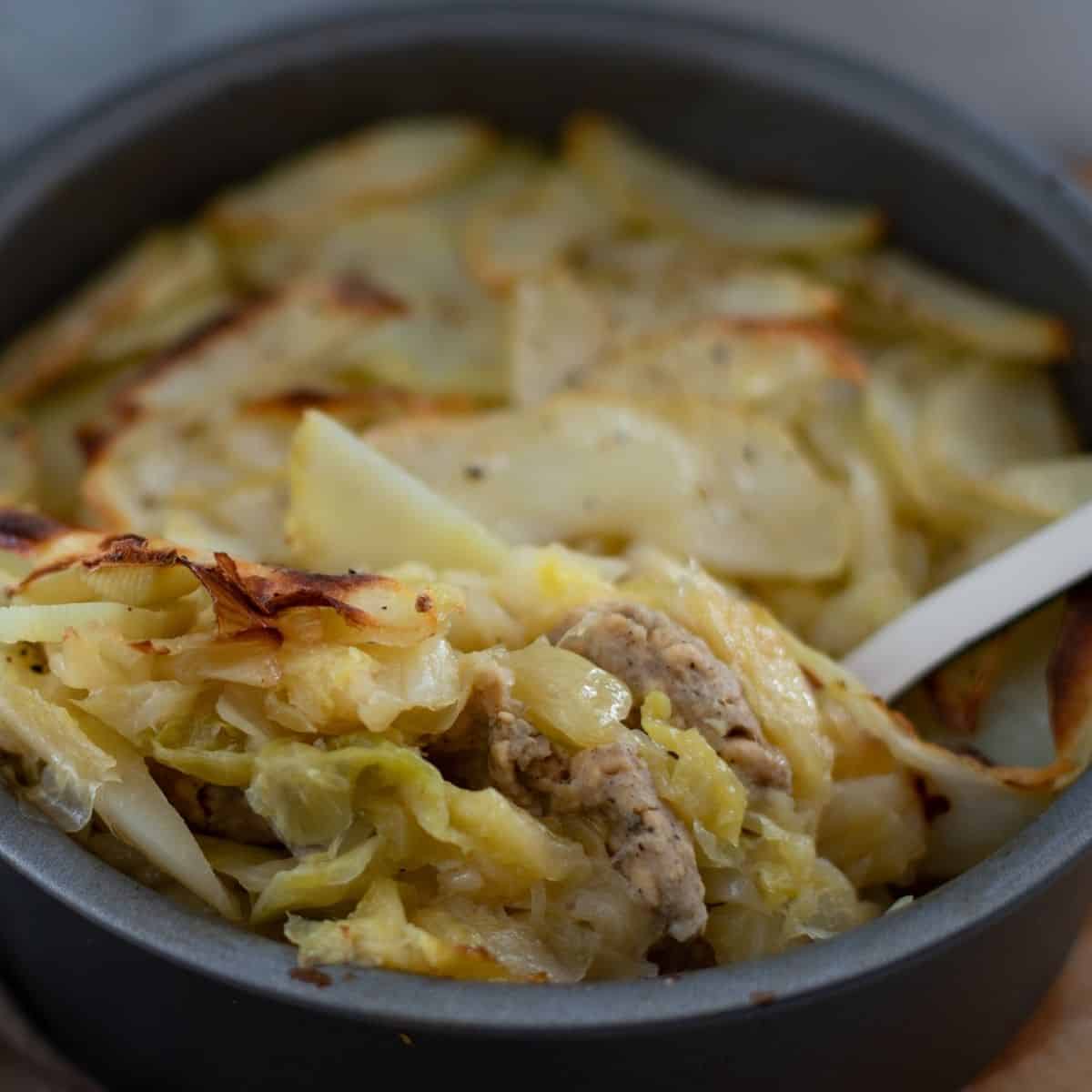 Round Baking Dish, roughly 8" dia you can also use square or oval!