My No-Bake Vegan Key Lime Pie recipe is the perfect dessert for those warm summer days when just want something light, tangy and refreshing

It is terribly simple and can be made well in advance of the meal, even the night before.

The Key Lime Pie – the official pie of Florida - first originated in, where else but the Florida Keys, where the Key Limes grow sporadically. True Key Limes have a more distinctively sour ‘limey’ taste than the ones we can buy in the supermarket.

The plantations that originally grew the limes were destroyed back in the 1920s so the limes (which resemble small lemons with little green patches) are only found in the back gardens of a lucky few these days and for a very brief length of time. The limes that were replaced in the plantations are, in fact Persian Limes and do not have that rare flavour – more lime than lime itself it is said. If you fancy trying your hand at planting your own, Jo at Plant Food at Home, has a great article on how to do so!

Condensed milk was used in the pie filling instead of regular milk because of poor refrigeration back in the late 1800s, when the pie was first produced. The discovery of Condensed milk must have been greeted with much enthusiasm in those days before heat-treated milk (and fridges) but for this particular recipe, inspired by the Minimalist Baker, I have replaced the dairy quotient with almonds and coconut milk. Their version uses Agave syrup and cashews, but I didn't have either so I improvised! Actually, using blanched almonds is a great idea instead of cashews, they are both cheaper, and seem to soften quicker when soaking. I would be interested to try the vegan Condensed milk, and I have a can here to try, but I think that might require a little more experimentation first!

The filling is painfully easy, just five ingredients: lime juice (use fresh, not bought), almonds, coconut cream and oil and maple syrup. These are blended together, spooned into your pie-crust (or crusts, if you make minis) and frozen. Once chilled, to make it extra special, how about topping it with some whipped and sweetened coconut cream for a truly luxurious finish.

Because this dessert is frozen, it is a perfect make-ahead dessert, just make sure you remove it from the freezer in plenty of time (on a cool day, it will thaw in a flash on warm days!).

Try my other simple vegan recipes 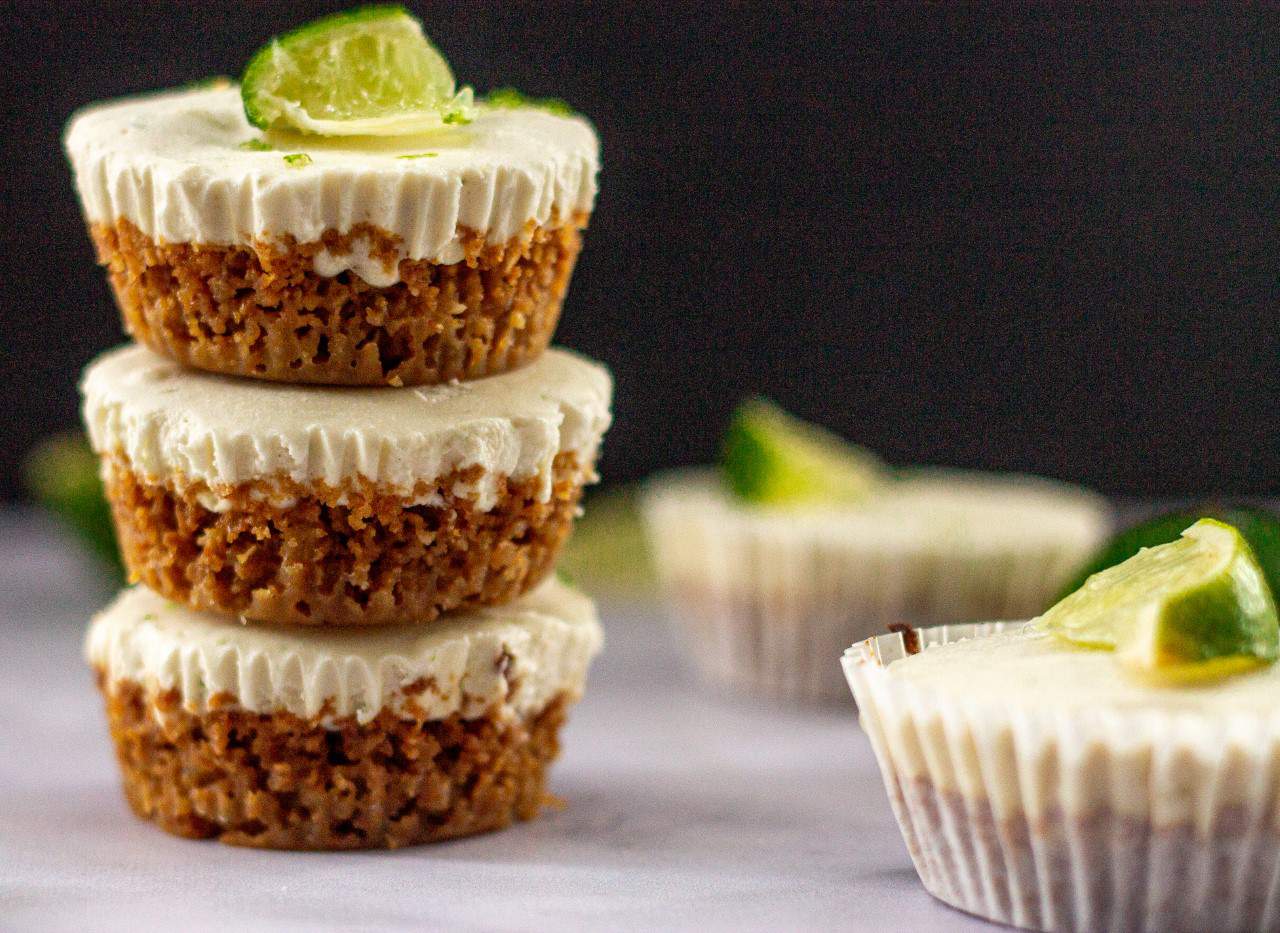 For the Key Lime Filling

To make the Crust

To make the No Bake Vegan Key Lime Pie Filling