Vegan plum shortbread squares. Just because we ‘eat sensibly’ during the week doesn’t mean that we don’t treat ourselves at the sometimes. And this weekend was no exception.

The recipe, adapted from Diana Henry’s wonderful Roast Figs, Sugar Snow, has been tempting me for some time. This recipe is a gentle introduction into the fine world of blending butter, sugar and flour to produce something sublime, yet vegan (although feel free to replace with gluten free self raising flour instead).

What are Vegan Plum Squares?

The recipe for my vegan plum shortbread squares involves a vanilla scented shortcrust base, whipped up in the food processor (although could be mixed up by hand), chilled for half an hour and then pressed into a baking sheet. It is then topped with stoned and halved plums or damsons, sprinkled with a generous amount of sugar and baked until fruit is verging on sweet, sticky collapse. The fruity shortbread is then glazed with hot apricot jam, left to set and cut into squares.

Aside from the dazzling, gem-like finish, this is otherwise a fairly unassuming looking cake/biscuit(?), with a flat base. Once you bite through the sticky tart and sweet fruit into the fragrant crumbly pastry, you are transported to a baroque-style café in Vienna (perhaps Cafe Sperl, from whence this recipe inspired Diana Henry), sipping hot chocolate and watching children sweep by in velvet coats on ice skates.

There is something timeless about these simple sweetmeats, so easy to make and yet incredibly complex on the taste buds.

I used some frozen plums left over from late Summer, but you could also use slices of pear or apple, fresh blackberries, greengages or gooseberries. The fruit doesn’t need to emit too much liquid as it cooks, lest you should suffer a soggy bottom. A light dusting of fine cornmeal (polenta) on the base before you layer up the fruit should soak up too much ooze if you really fancy trying it with strawberries or raspberries.

A simple, sweet treat that can be made the day before you want to serve it, looks just as charming served casually with a cup of tea or a rich, creamy latte for a decadent pudding.

Try my other delicious vegan recipes 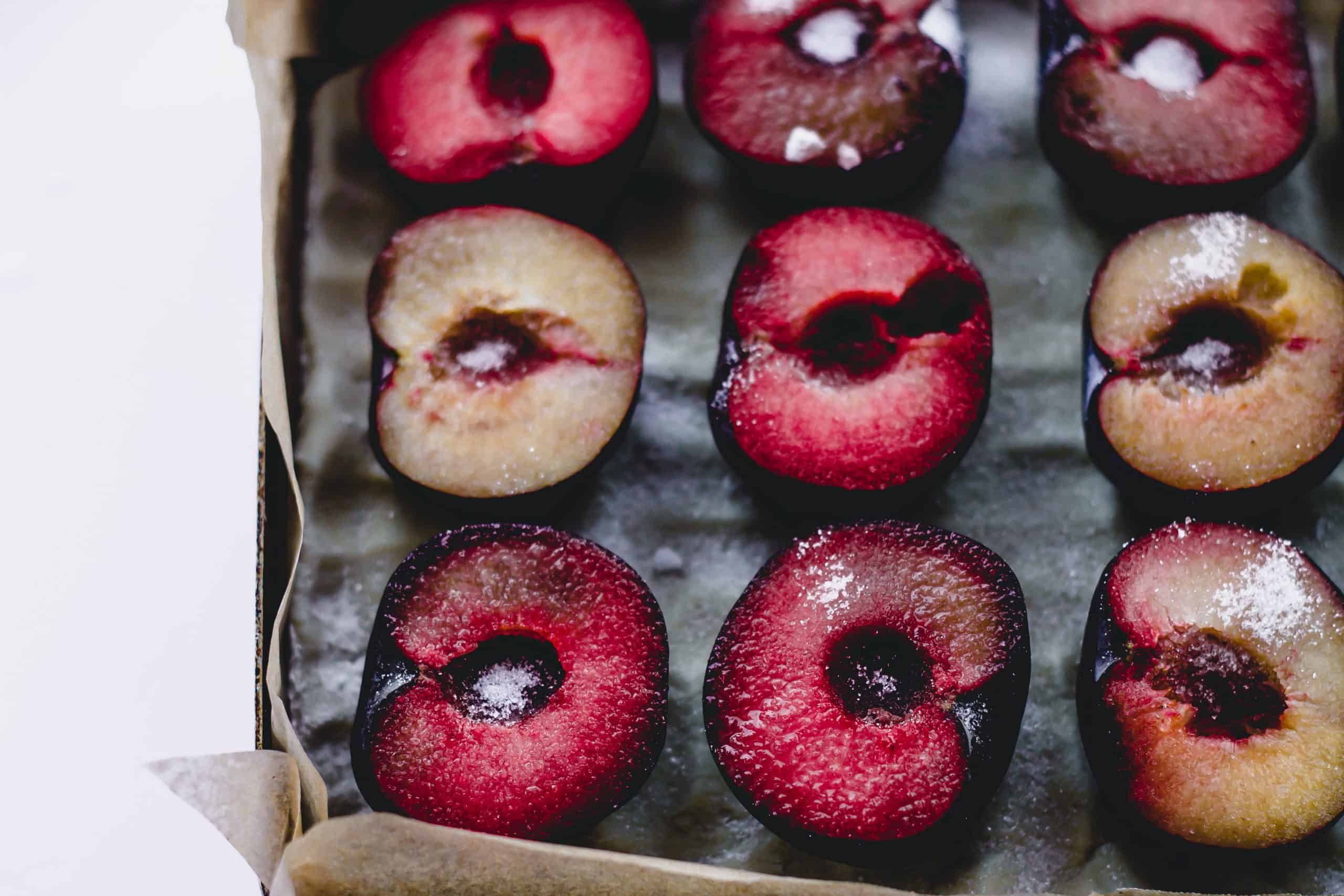