Vegan and gluten free cornbread. I tried cornbread about twenty years ago, from a Jiffy packet mix. You mix it all up with milk and an egg and bake it a muffin pan, or just a square cake tin. Back then one of the ingredients was lard, although they have since produced a vegetarian packet mix too. Unfortunately, it's not gluten free, and furthermore, not available over here in the UK anyway (well, it is, but at some cost for shipping etc). So, I decided to take matters into my own hands and to learn how to make cornbread from scratch. And furthermore, how do you make vegan cornbread?

I remember trying Cornbread for the first time, dripping with butter, and stirring it into Gumbo. It was so good. Quite unlike anything I'd even had, a deliciously grainy texture, delicately flavoured with corn.

Traditionally it was made in a blackened or seasoned skillet, years of cooking flavouring it indelibly, yet not imperceptibly. It seems like it has been around in the Americas for thousands of years, perhaps 6000, and its roots are traced back to the Tehuacan Valley of Mexico. Roasted corn was ground up into a coarse meal and then mixed with, assumedly water or lard, and formed into a patty that was baked over open fire. Of course, without the benefit of the leavening of eggs or flour, the corn cakes would stay flat, but nutritious.

Over time, and with the benefit of adding flour and egg and baking powder, the cornbread become the cakey delicacy that we enjoy today.

Interestingly, because this recipe uses flour in addition to the cornmeal, plus the rising agent of Baking Soda this is sometimes referred to by Southerners as Yankee Cornbread as this version originates from the North of the country and it is not considered true Cornbread. These additions make the Cornbread more 'cakey' and it loses that delicious, slightly grainy texture that true Cornbread has.

Actually though, I would defy anyone to not love this tasty variation, traditional or not, because it combines everything that's great about baking and cooking: cake, hot chilies and cheesy topping. It's what I dream about.

How Do I Make Vegan Cornbread?

What Can I Eat Cornbread With?

You can use it, crumbled up, to make a stuffing for Squash or Peppers, mixing it with sauteed onions or peppers.

The method is incredibly easy. You simply melt your butter and sugar in a microwaveable jug, and add it to the dry ingredients, then pour into your prepared baking dish.

How Can I Improve My Cornbread?

Try adding all or any of the following to your cornbread batter: 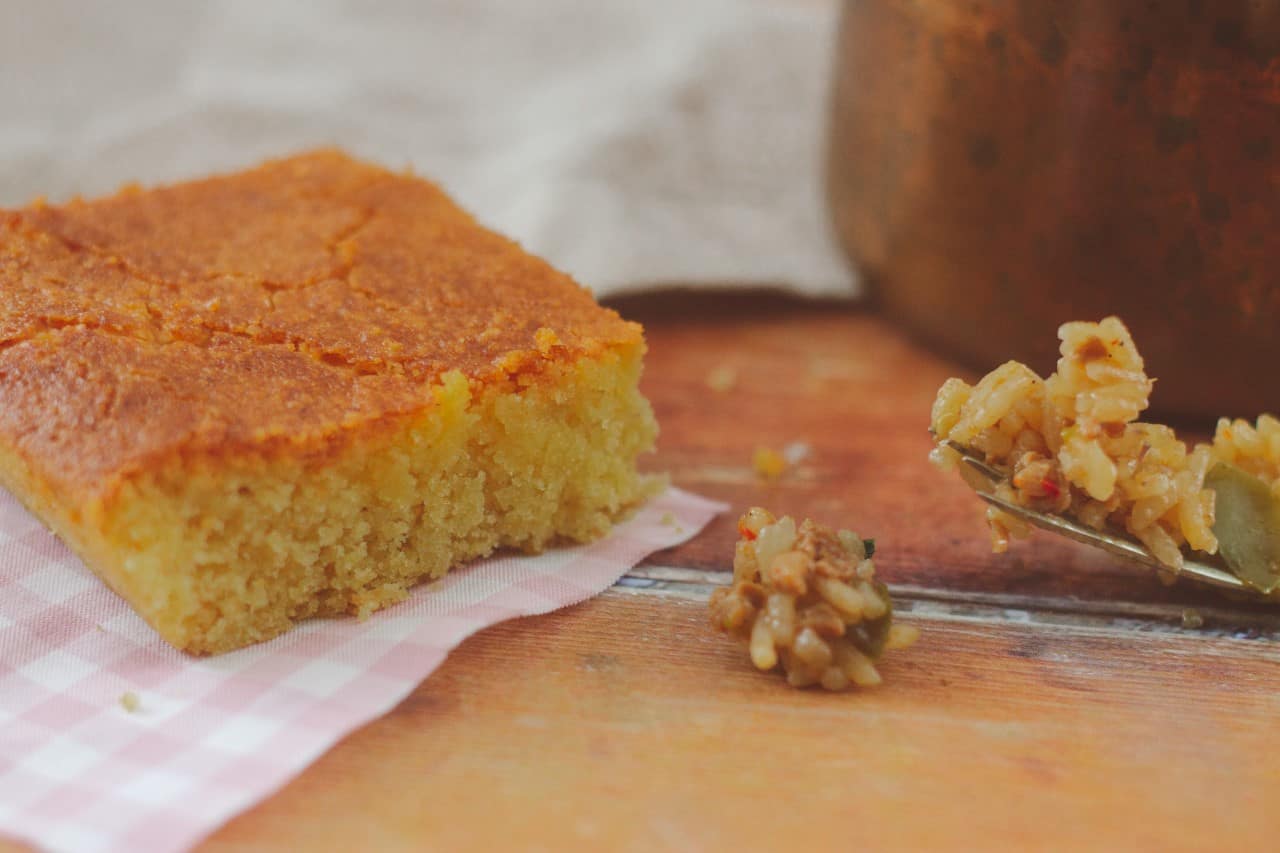 6" square (or round!) baking pan or 12 cup muffin pan (not jumbo), lined
Microwaveable Jug or dish