Vegan Ribollita soup recipe. On Mondays, I always like to cook us a vegetable laden, low calorie meal, a sort of detox following the cooking/eating frenzy that I often spend the weekends in. As it’s now halfway through the month and, as usual, most of my money has been spent paying bills (and, er, buying cookbooks), I always find it a challenge to cook something different using just the scraps of ingredients left in the fridge.

Soup is always a good option, being one of the most heart-warming dishes known to man but it isn’t always substantial enough. Enter Ribollita.

Ribollita is an Italian soup, translated as reboiled. What this often refers to, in Italy, is the reusing of the previous night’s Minestrone, mixed in with left over vegetables (in this case, Cavolo Nero or black cabbage) and chunks of stale bread. Re-boiled also refers to the soup often being prepared the day before it is to be eaten, thus allowing the strong flavours to intensify and meld.

This produces a wonderfully thick, rich and hearty soup that is almost a stew. Whilst the word 'reboiled' conjures up shuddering memories of school dinners, this is eons away from the cabbage that was to within an inch of its life that we endured at school.

Utilising my own bedraggled and more than a little limp vegetables and stale bread (I am now in the habit of freezing any nub ends of bread that are left, rather than having to buy a loaf simply to make breadcrumbs), plus a tin of butter beans (which are totally untraditional but that was all I had). It must have been a hit though because there were no leftovers so I am unable to state whether or not it is better the next day (although I am sure it is!).

What Beans Can I Use?

White Beans, preferably Cannellini, are traditional, but I used Butter Beans. Butter Beans are not quite as successful because they suffer from a slightly mealy, crumbly texture that tends to cook much quicker than other dry beans. They have a tendency to break up into the soup. However, any bean you have will do really, kidney beans, or pinto beans. You could even soak dried beans and cook them up before adding to the soup.

Do I Have to Use Cavalo Nero?

It is quite hard to get the black cabbage here although it is often available seasonally, and although it has a more anise flavour than the Kale or Savoy, they can be used instead (I used Savoy cabbage). Just make sure that it has dark leaves. White cabbage would give you a more boggy flavour than you want here.

Try my other hearty vegan soups 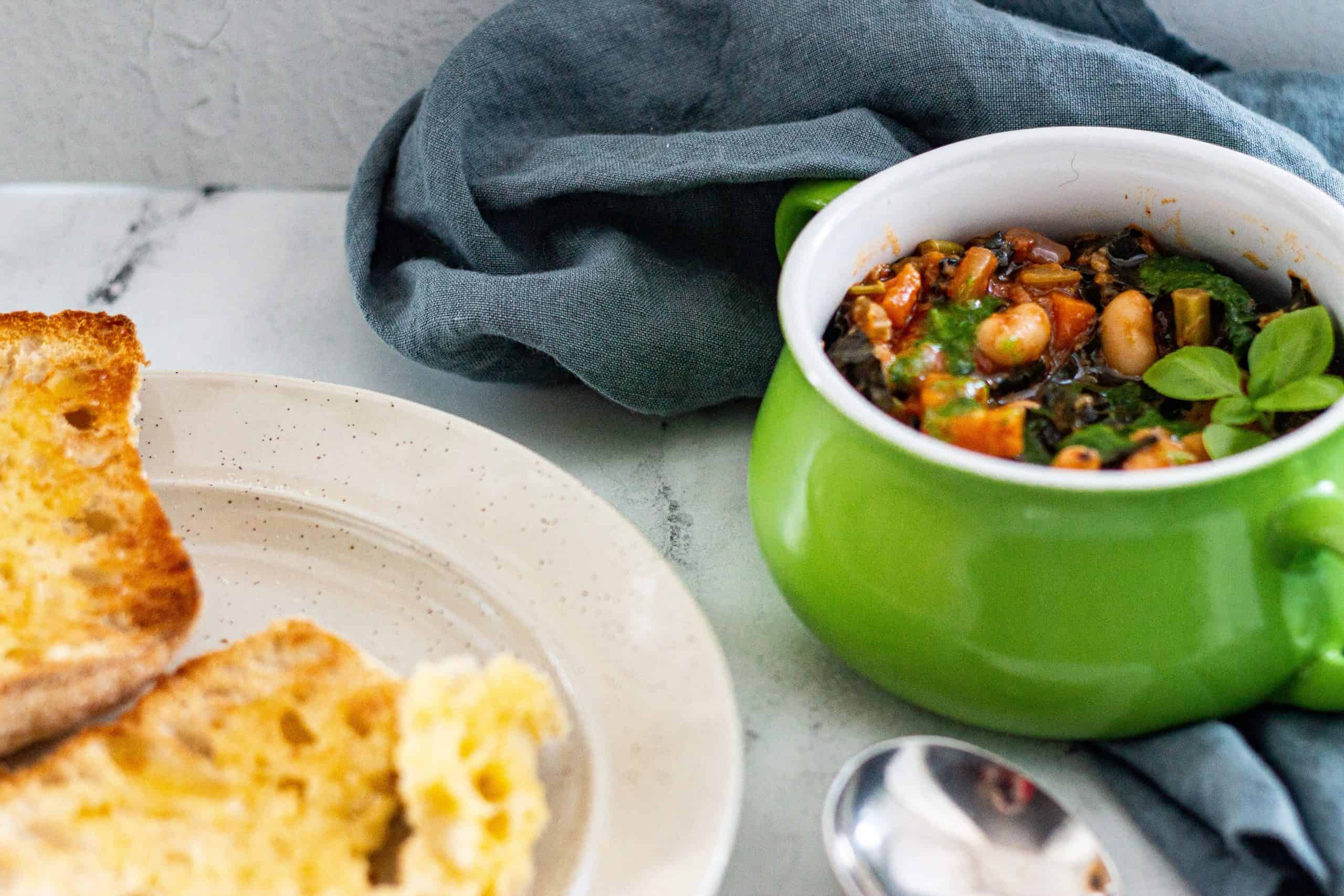