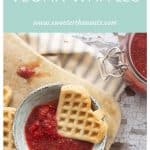 The best vegan waffles recipe - light, fluffy, crispy and sweet. Oh and they're eggless, dairy-free and so delicious! If you're looking for the perfect vegan waffle recipe, you've found it!

I have only recently discovered the joys of making your own waffles. Sure, I have eaten Birds Eye Potato Waffles (waffley versatile) in my misspent youth, and have indulged in an ice-cream laden waffle dessert, but I have never really tried them as an actual breakfast dish.

I have definitely missed out! Homemade waffles are crisp, fluffy and good enough to eat with maple syrup, without syrup, with fresh fruit, sweet, savoury or reheated the next day in the toaster. This is definitely one of my best vegan breakfast recipes!

I have also listed some additions to your delicious, eggless waffles, stirring through some chocolate chips, for example, or chopped fruits, or even pumpkin spice waffles!

Now, I have worked through quite a few vegan waffle recipes to find the perfect one. Some use flax egg, some use egg replacer. Even more use lots and lots of sugar and oil.

This recipe doesn't need vegan egg replacer, it doesn't need a lot of sugar (although I use sugar, because I love my waffles sweet!) and it uses only a small amount of oil, which helps with the rise and the crispy waffles texture. This is just a delicious and easy recipe for homemade waffles.

How to make light and fluffy vegan waffles

Are waffle and pancake batters the same thing?

No they are not. I applied a logic when I was first starting out making waffles, that waffles are simply a crispier pancake and therefore the batter must be the same. Nope.

Whilst the intrinsic ingredients are the same, the quantities are quite different. Waffle batter really needs to be quite thick to fill the irons but to puff up at the same time. Don't forget that they are also cooked in an enclosed space, as opposed to in a frying pan or on a griddle.

However, I am not sure if this methodology fails in reverse. I think that you could use waffle batter to make pancakes, but I haven't tried. If anyone has, let me know in the comments below!

This makes enough batter for about 8 waffles.

These perfect vegan waffles are just delicious on their own, however, change is sometimes a good thing, and here are some suggestions for ways to make your waffles amazing!

Some essential equipment for making waffles

Try some of my other delicious vegan breakfast recipes 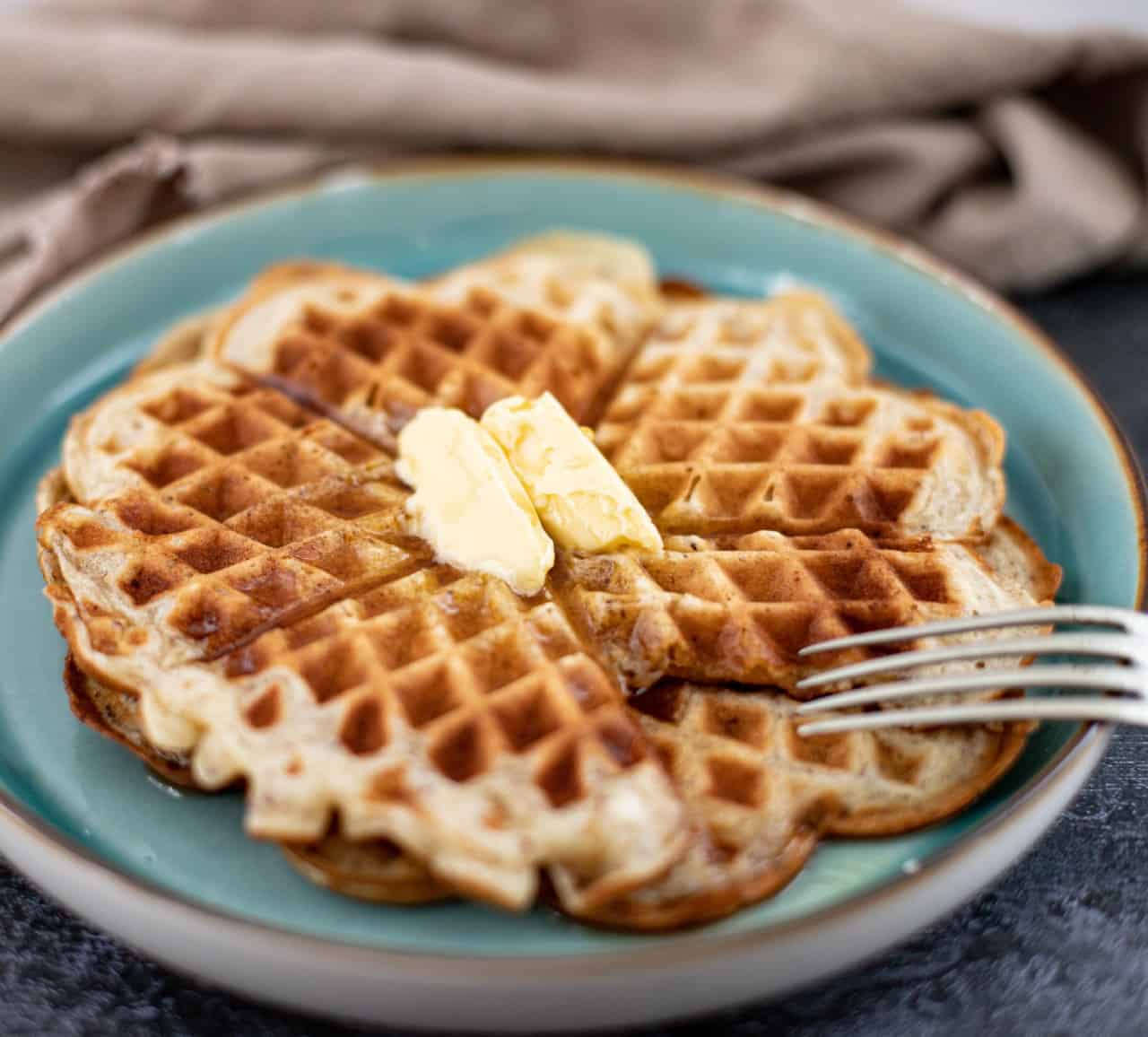 How To Make Vegan Waffles