How to make vegan Christmas Saffron Buns for St Lucia Day. Today, the 13th December, marks the Feast Day of St Lucia, a European religious holiday dedicated to the Italian saint, Lucia. Lucia is the patron saint of Sicily (also known as Syracuse), who, supposedly due to nothing more than a spurned lover, suffered a martyrs death in the 400AD.

What is St Lucia Day?

Throughout Italy, Sweden and Denmark, she is marked by either the eldest daughter of the household wearing a white dress (to symbolise the sainthood and purity of Lucia) with a red band (symbolising her death – she had miraculously survived the traditional martyrs death of burning, the flames refusing to lap near her feet, so her spurned lover stabbed her). A crown of candles completes Lucia’s image, originally enabling her to use both hands to bring ample food to the banished Christians in the dark catacombs of Sicily.

These days, the symbolic eldest daughter brings Saffron Buns or Lussekattes (St Lucias Cat) to their parents for breakfast or to school teachers. It is an exciting remembrance as it also represents the beginning of the Advent and, whilst not an official holiday, it is spent celebrating with lots of food and seasonal jollity. It is known as the Festival of Lights.

What are Saffron Buns?

us miserable Brits not celebrating such joyous remembrances, it would be well worth adding the St Lucia Bun to your all-year-round baking repertoire. An incredibly tender (due to the two packages of yeast and a whole cupful of cream), sweet Saffron scented dough that requires no kneading and is so easy and generous to handle that you can form the buns into traditional “cat” shapes, swirls or plaits, complicated knots and twists or simple Brioche-style rolls.

They are delicious served hot with lots of melting, unsalted vegan butter and spread thickly with jam or, they also suit the tangy filling of greek-style vegan cheese with cucumber. St Lucia Buns also freeze remarkably well, given their delicate disposition, and this recipe makes quite a few so this could come in handy. Also, with a pinch more salt added to the dough, these would also make a delicious dinner roll.

The recipe is adapted from The Great Scandinavian Baking Book by Beatrice Ojakangas.

Try my other easy bread recipes 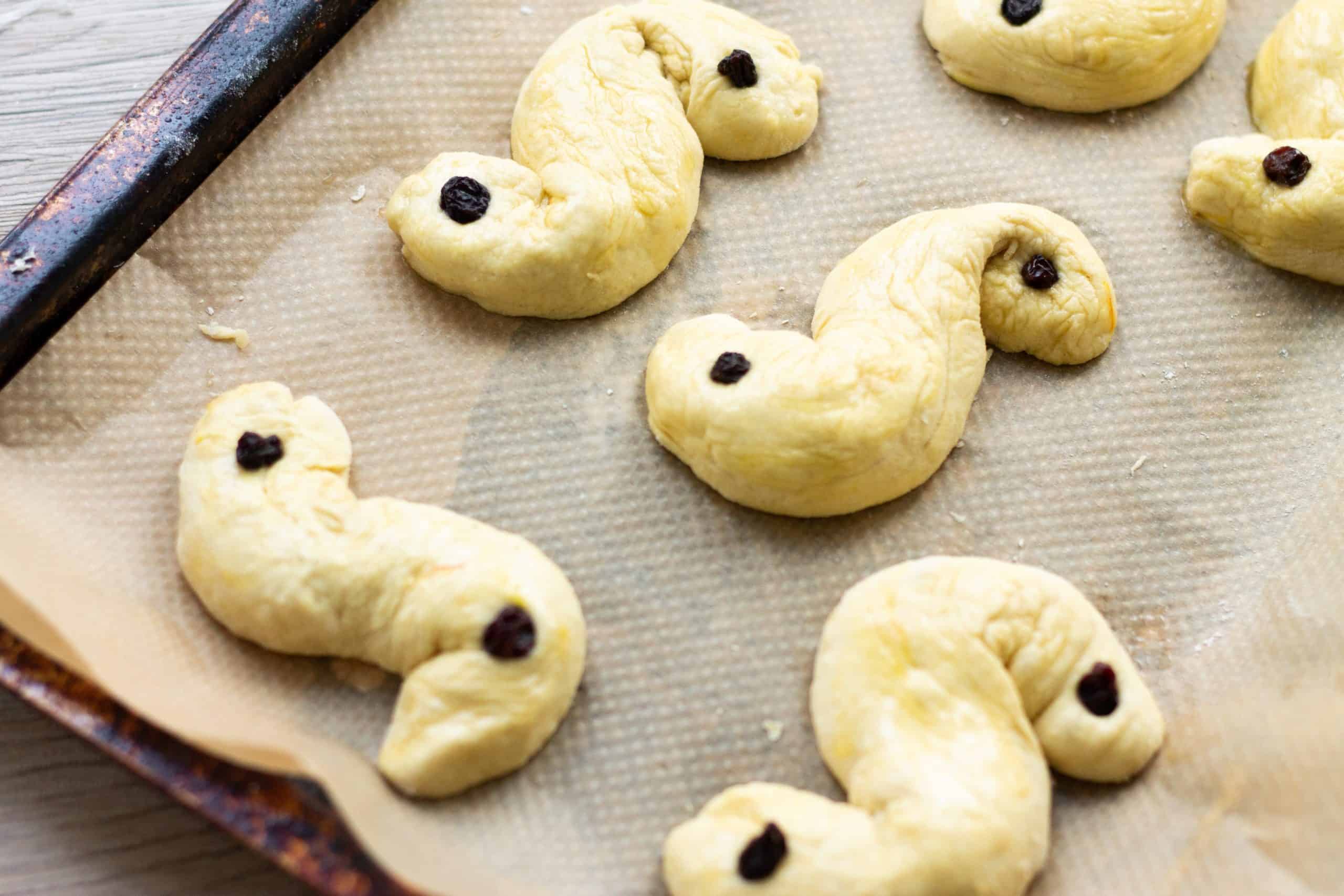