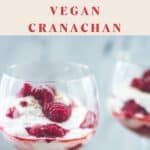 Vegan Cranachan recipe: if you've ever wondered if you can veganise this rich, creamy Scottish dessert, then wonder no more!

Cranachan is a Scottish dessert, similar in many ways to Eton Mess or Pavlova or even trifle, but much simpler and made using more humble ingredients.

The creamy dessert was first prepared to celebrate the harvest of raspberries in June and July and to this day it is known as the "uncontested king of Scottish desserts". In fact, I'd be so bold as to call it one of the finest desserts worldwide.

Combining whipped cream with whiskey, honey, toasted oatmeal and fresh raspberries, this pudding is simple to prepare, but, happily, even easier to veganise!

I simply replace the whipped cream with a vegan whipping cream (I like Elmlea plant-based) and used maple syrup instead of honey.

When you first switch to a plant-based diet, there are a few alcoholic beverages that aren't suitable vegans: but happily whiskey is vegan. It is made from plant-based ingredients and utilizes a natural fermentation process. Some whiskeys do contain extras like honey, but these are clearly marked, and obviously, you would avoid these.

What can I use in Cranachan instead of Whisky?

Because whisky is very hard to replicate in a non-alcoholic beverage, I think I would just omit it all together, rather than try and replace it.

How do I serve Cranachan?

Cranachan is traditionally served in individual dessert bowls or glasses. I like to serve mine in large gin glasses as it shows off the layers beautifully (and you get a very generous portion too!).

Whilst originally it was a Summer dish, these days it is usually served as a traditional Burns Night dessert.

Loved this? Try my other speedy vegan desserts 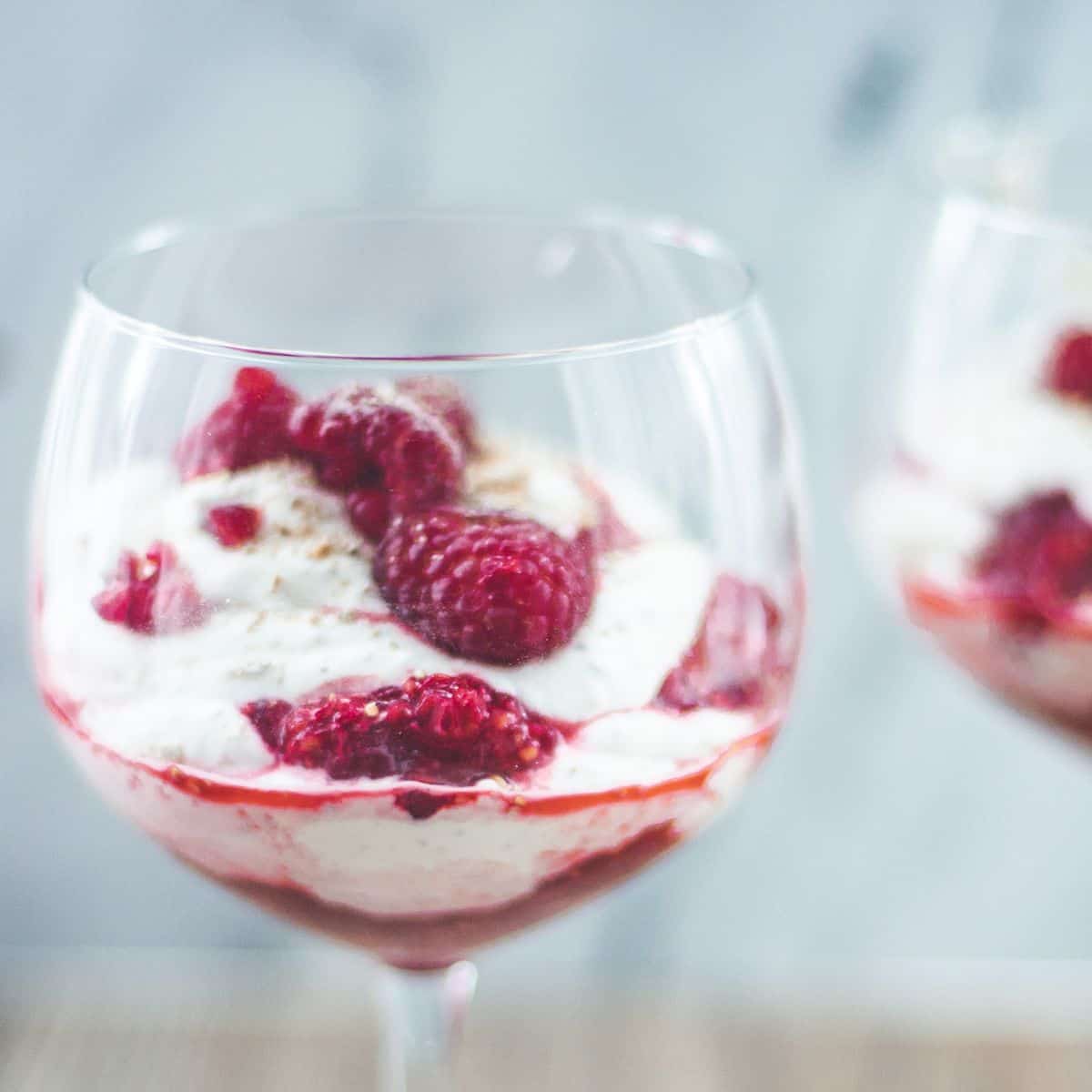