Vegan Soutzoukakia recipe. I have a deep affinity for Greek food, its tangy olives, aromatic fresh Thyme and sour preserved lemons. I adore their love of sweet, sweet confectionaries and how they fold gossamer fine Filo pastry into intricate shapes, seemingly effortlessly and I suppose because I hate the cold weather, the persistent rain and the needlessly expensive drab food, Greece seems to be everything Britain isn’t: warm and sunny with simple spicy food that is cheap but always flavourful.

In particular, the Meze are alluring, the concept of eating small platefuls of different foods appealing to my greedy nature.

Whilst the days are still windy and rainy and I get splashed by thoughtless drivers as I scuttle to and from my car each day, I like to cook robust meals that stick to my ribs and make me feel bolstered from the world.

Soutzoukakia is Rissoles, seasoned with fresh Parsley and Cumin, cooked in a rich tomato sauce, and served over Bulgur Wheat that is in turn cooked in its own oniony/tomato sauce. Easy enough to prepare if a little fiddly but well worth it!

How do you make vegan Soutzoukakia?

I think that this is a dish best served with the Bulgur Wheat Pilaf but you could serve it with rice or even pasta, maybe Orzo.

For other delicious vegan mains 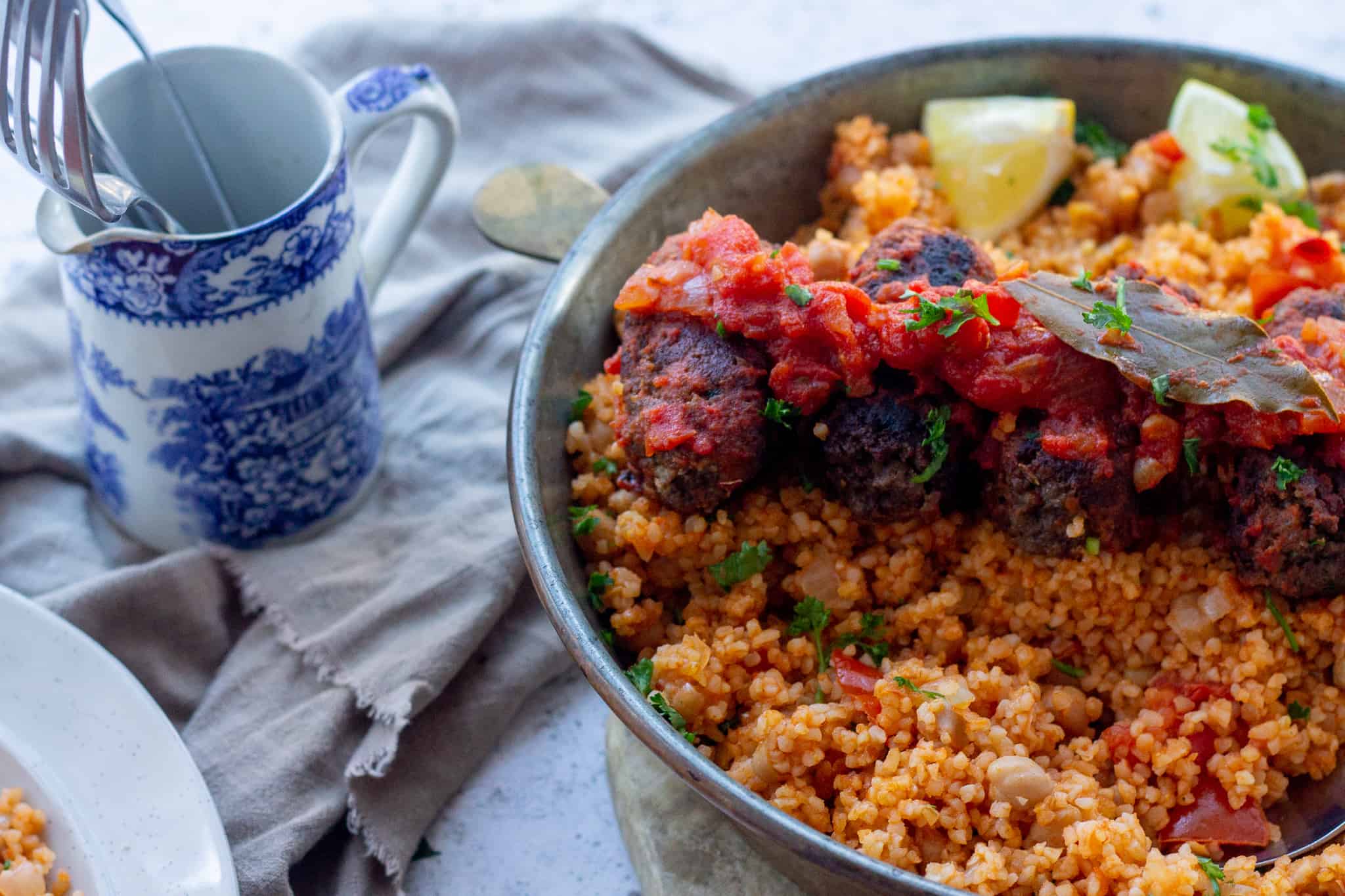 To make the tomato sauce

To make the Rissoles